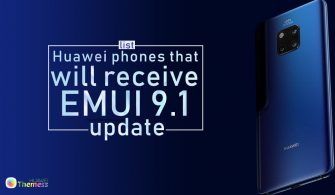 Ice Universe, known for its reliable leaks, claimed that the Huawei P40 Pro will have a 10x optical zoom.

Huawei‘s new P-series flagship models P40 and P40 Pro will be officially introduced in March next year. Samsung’s Galaxy S11 series is preparing to enter into serious competition with the Huawei P40 series, gradually, some details began to become clear.

Powered by the Kirin 990/990 5G processor, the phone carries an advanced periscope camera system behind it. Here the prism + uses two mirrors called the phone will offer 10x optical zoom in this way. With a 4.5W mAh battery supporting 40W fast charge, the model is on the road and the digital zoom will reach 100x. The normal P40 also uses a periscope camera. This model has a 5x optical zoom.

Huawei first took a step forward in photography with the P20’s night mode feature. Afterwards, the company improved the picture quality with various low-light and close-up modes and wants to take the bar to the next level with the P40 series.

Ice Universe, known for its reliable leaks, claimed that the Huawei P40 Pro will have a 10x optical zoom. As you know, the P30 has a 5x optical zoom.

In addition, a few more details of the phone appeared. The Huawei P40 and P40 Pro will use screens of 6.1 and 6.6 inches respectively. Both phones are expected to have an embedded fingerprint reader and an AMOLED display.

The design of the Huawei P40 is unclear. The company can place the front cameras in the notch or in the screen hole. However, these models will not use a camera mechanism.

In addition, the 3.5mm headphone jack in the P30 series will be completely removed in the P40 series.

Other possible features of the Huawei P40 Pro include a 120Hz refresh rate display and a 5500mAh battery capacity.