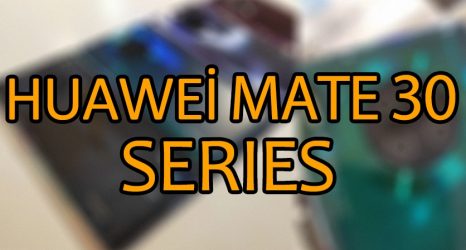 Huawei’s upcoming series of new work in progress, while the images of the unpacked devices were shared. According to images published on Weibo, Mate 30 Pro will be slightly smaller in size than the Mate 30.

Chinese technology giant Huawei continues to count the days for the event in Munich, Germany, two days later, and the company’s new flagship series Mate 30 leaks are endless. As we recall, the press images of Huawei’s new Mate 30 series were leaked yesterday. Now, there are real visuals with different colors of the Huawei Mate 30 and Huawei Mate 30 Pro.

Huawei Mate 30 and Mate 30 Pro models appeared in China’s largest social media platform, “Weibo”. According to the images, Huawei will use a large number of colors in the Mate 30 Pro, which are all dark.

According to the images, the Huawei Mate 30 Pro will be available in 4 different colors, all in dark colors.

We need to wait for official announcements from Huawei. With these photos, the overall appearance of the Huawei Mate 30 series is understood. Nevertheless, the event in Munich is of great importance for Huawei’s new flagship series. The reason for this is the fact that the Mate 30 series will be devoid of Google services based on the information that has been revealed. Huawei’s announcement on Thursday (September 19th) will reveal all the details about the Mate 30 series.

Tell us what you think.