Chinese smartphone maker Huawei is known for having many models out and doing so often. Recently, Huawei, the world’s second-best-selling maker after Apple in the world rankings, unveiled a new model.

Huawei’s new phones come out every day. The company
also introduced an update to the Nova model it released last year.
In the Malaysian department of Vmall, the online phone comes with the FullView frameless display and is not much like the Nova 2 models on the market and in the near future. If you look at the device, we can say the international version of Maimang 6 introduced last week.

The device, powered by an 8-core Kirin 659 chipset, has 4 GB of RAM. The device with internal storage of 64 GB has an 18: 9 screen and no information on resolution is available. The phone, which has four cameras in total, double on the front and double on the back, allows for special camera effects on both the front and rear. The smartphone, which has a 3.340 mAh pulse, is powered by Android 7.0 based EMUI 5.1.

Information about the price of the phone with blue, black and gold colors was not given. I hope the device comes to my country at reasonable prices and we experience this experience. 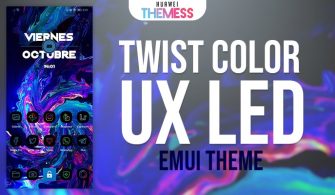